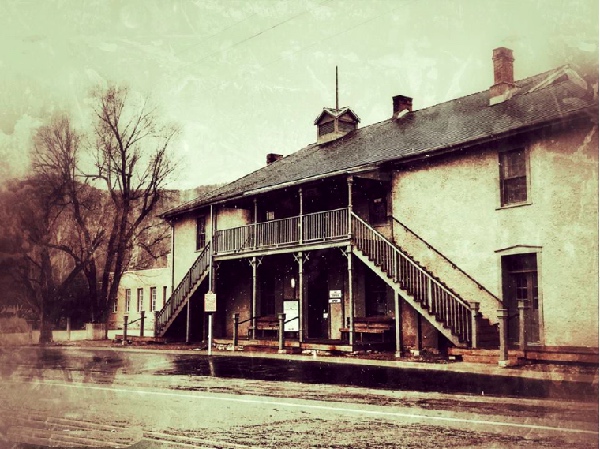 Lincoln Historic Site is unique in that it manages most of the historical buildings in the community of Lincoln. This most widely visited state monument in New Mexico is part of a community frozen in time—the 1870's and 1880's. Through a gift from the Hubbard Family Trust, the historic site now includes 17 structures and outbuildings, 7 of which are open year round and 2 more seasonally as museums. Most of the buildings in the community are representative of the Territorial Style of adobe architecture in the American Southwest.

Lincoln is a town made famous by one of the most violent periods in New Mexico history. Today's visitors can see the Old Lincoln County Courthouse with museum exhibits that recount the details of the Lincoln County War and the historic use of the "House" as store, residence, Masonic Lodge, courthouse, and jail. Walk in the footsteps of Billy the Kid, Pat Garrett, and other famous and infamous characters of the Wild West. Trace the events of 1878 through the Courthouse and the Tunstall Store, with their preserved 19th-century atmosphere.

Remarkably, the Tunstall Store contains displays of the original 19th-century merchandise in the original shelving and cases! Continue your walk through history by visiting El Torreón (a defensive tower built by native New Mexican settlers in the 1850s), the San Juan Mission Church, the Convento, Dr. Woods' House, the Montaño store and other historic structures throughout the town. The Anderson-Freeman Visitor's Center & Museum features historical exhibits in a timeline starting with American Indian prehistory and ending with the Lincoln County War. A 22 minute video about the Lincoln County War and the community is shown every half hour.

The importance of this community and the significance of the Bonito Valley in the prehistory and history of the Territory of New Mexico are interpreted within some of the 17 structures that comprise Lincoln Historic Site. These historic adobe and stone buildings are preserved as they were in the late 1800s and represent the factions involved in the Lincoln County War, 1878-1881.

With most of the property’s historic buildings open, visitors can walk in the footsteps of Billy the Kid, Pat Garrett, and other famous and infamous characters of the American West.

Regular Hours and Days of Operation:

Thursday through Monday, 10 a.m. to 4 p.m.; closed Tuesday and Wednesday