A Kiva is a special and sacred place. It is used for ceremonies and social gatherings by Pueblo People. These structures are usually round (sometimes square) and subterranean, meaning they are underground. They represent origins from the underworld and remain sacred throughout Pueblo country. Please respect this kiva. No photography is allowed inside. 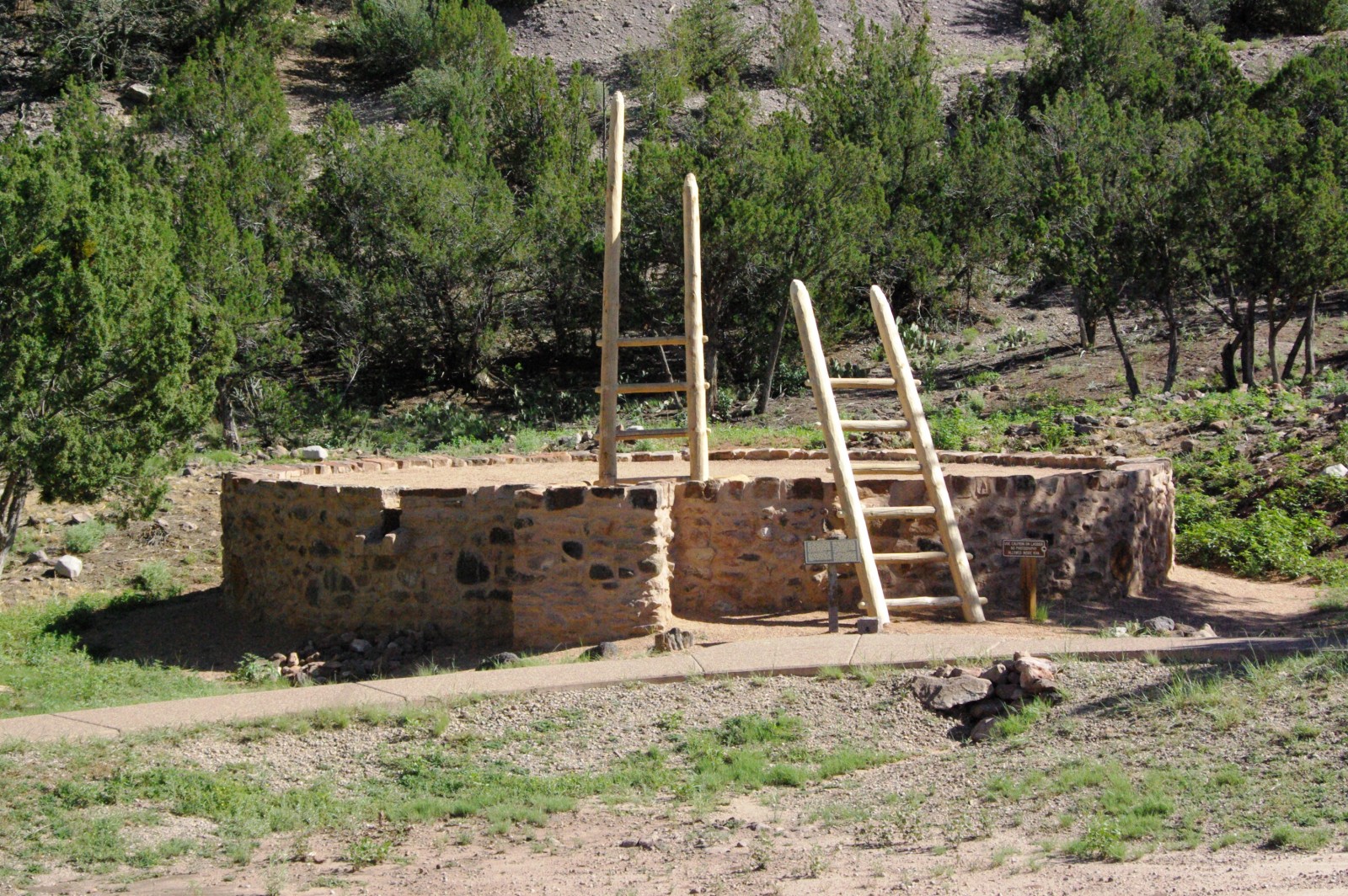 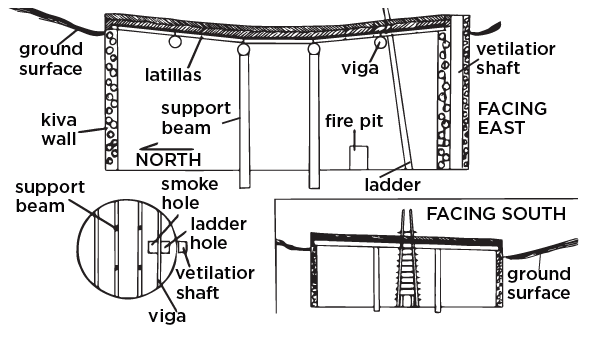 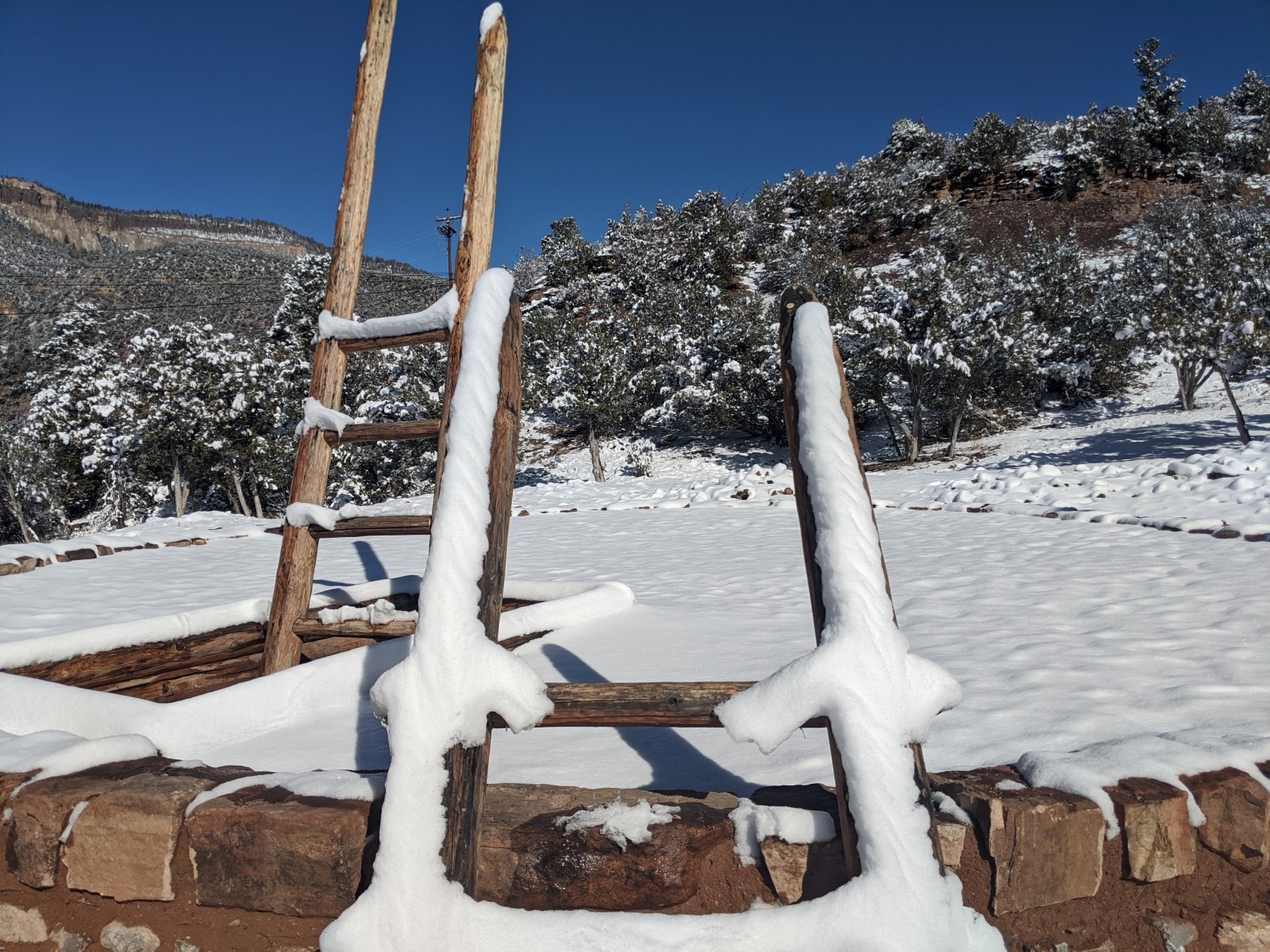 The flat, earthen roof of this kiva, is supported by large wooden posts called vigas crisscrossed by smaller posts called latillas. There is a fireplace near the ladder on the floor of the kiva. A hatchway through the roof above the fire place served as an opening for the smoke to escape and as a ladder entrance.