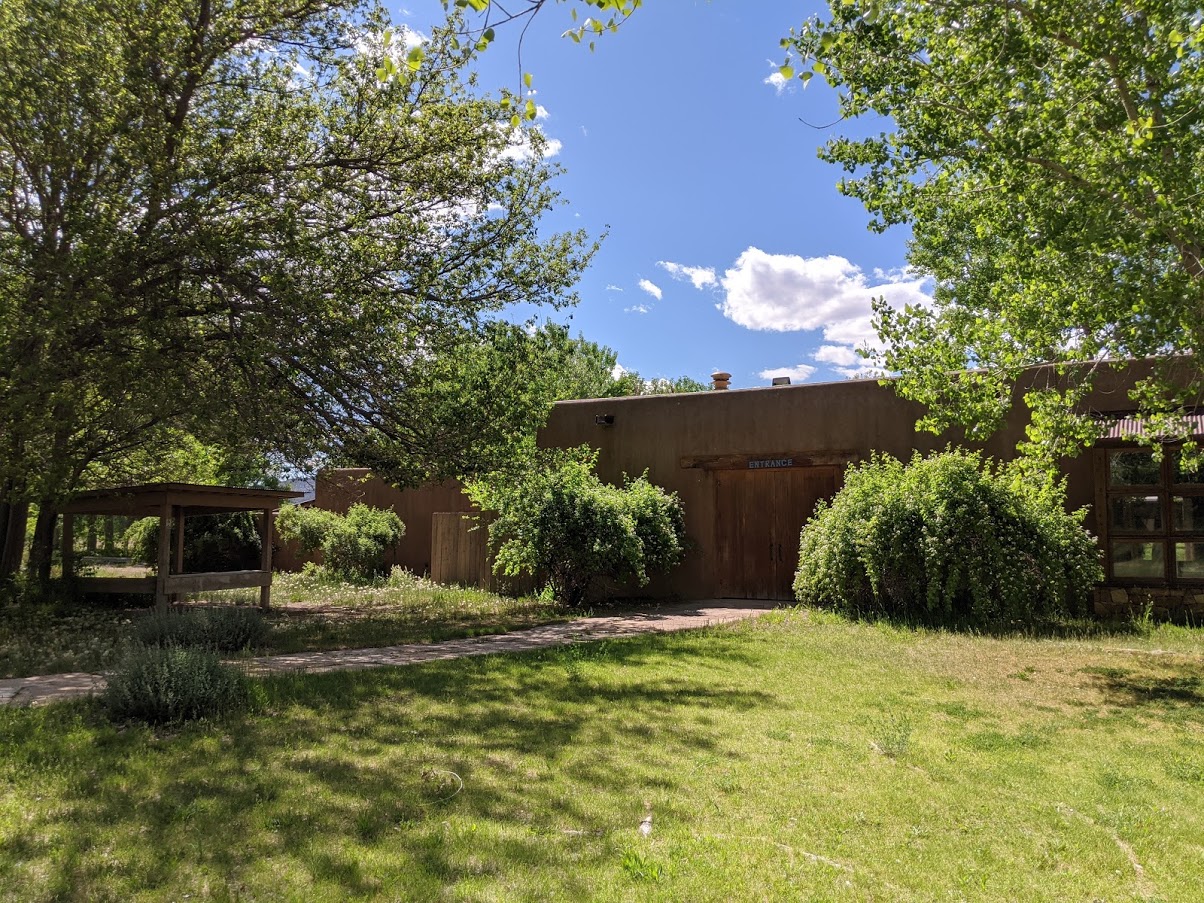 The Visitor Center of Los Luceros

When I became an interpreter for Los Luceros Historic Site I quickly realized that the history of the site was vast, spanning more than a thousand years of human occupation, and was largely unexplored in a way that used Los Luceros as the nexus for the information gathered. There are entire pockets of history here that have to be teased out. Below is a very quick history of the site, which is intrinsic to knowing why the preservation projects are important. There is obviously a lot more to the different histories that intersect here and I will be exploring the different periods of history associated with the site in more a more in-depth way in the future. 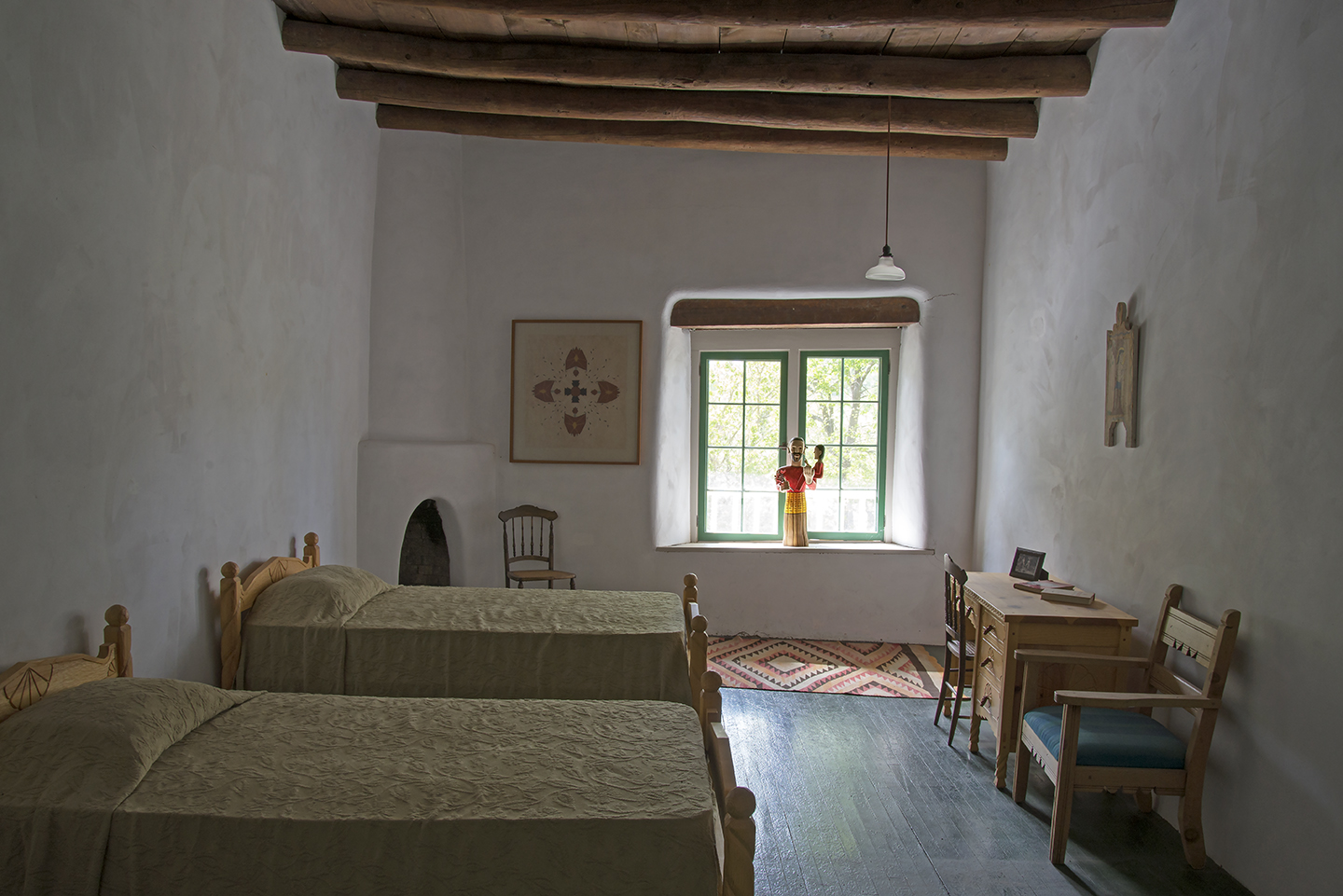 Interior of the Los Luceros Hacienda, Photo by Gene Peach

Long before the Spanish arrived in northern New Mexico in 1598 people were living on and using this land. The Ancestral Puebloan village of Phioge Pueblo used this floodplain area to grow crops. Corn, beans, and squash being the major three but other crops like amaranth and cotton were grown here too. The fertile plains of Los Luceros were surely one of the draws for Spanish colonists to claim this land in a grant in 1703. Sebastian Martin Serrano and Antonio Sisneros, his brother-in-law/business partner, claimed the land grant of just over 50,000 acres of land. The land grant was long and narrow stretching along the eastern bank of the Rio Grande from the edge of Ohkay Owingeh Pueblo lands (at the time known as San Juan Pueblo) to the edge of Picuris Pueblo lands to the north. Originally named Puesto de Nuestra Senora de la Soledad del Rio del Norte Arriba (Outpost of Our Lady of Solitude of the Upper River of the North) by Serrano it was simply called “La Soledad” by residents and locals.

For a long time, there was a town in the main part of Los Luceros. More than 200 people lived here and attended church in the local chapel built on the property by Serrano. The Lucero family became integrated into the land here in the late 1700s when Barbara Padilla (Serrano’s granddaughter) married a Lucero. They lived here on this property and potentially in the Casa Grande itself. I have not found confirmation of this fact but their nephew Julian Lucero visited the property enough to fall in love with the land and spent the early years of his adulthood re-conglomerating the split-up land grant. By the time he married his wife he owned most of the original 50,000 acres. The Lucero era is when Los Luceros became known as La Plaza de Los Lucero rather than La Soledad. Julian Lucero and his grandson-in-law, Luis M Ortiz, would make Los Luceros an incredibly important place in the state.

In the mid-1800s Rio Arriba County would become the line between the US and Mexico during the Mexican American War. Los Luceros was the county seat of Rio Arriba when the county stretched from the border of CA to the border of TX. Julian Lucero was the man in charge of the county. Years later Luis Ortiz would marry onto the property and catapult Los Luceros into being one of the most profitable farms in the entirety of New Mexico in the late 1800s and early 1900s.  He planted an expansive apple orchard, built a vineyard that produced thousands of gallons of wine every year (grapes can still be found on the property), and raised thousands of cows and sheep. Ortiz was the owner before the infamous east coast heiress and anthropologist Mary Cabot Wheelwright purchased the property in 1923. 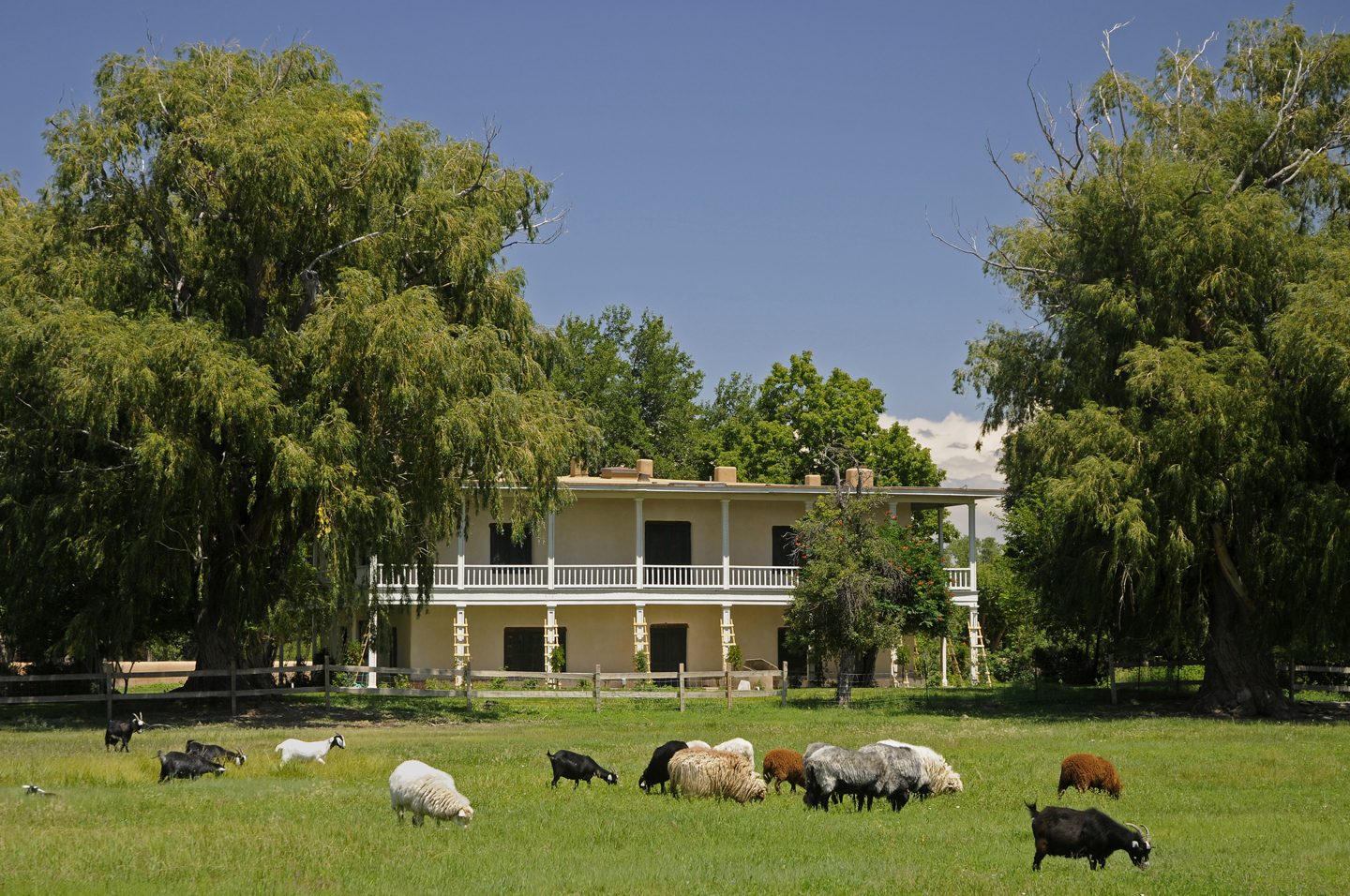 Exterior of the Los Luceros Hacienda, Photo by Gene Peach

Mary would own the house and 150 acres of the original land grant that surround the house until her death in 1958. Los Luceros was just one of the various homes she owned and while she spent time here every year this place certainly was not her main home. Los Luceros provided Mary a backdrop and base of operations for writing her books on Diné culture with Hosteen Klah. This acreage and the house are what the State of New Mexico now own and where I work. After Mary’s death the house and property went through a tumultuous time with no owner lasting longer than a decade and, in most cases, owners would abandon the property after a couple years to be repossessed by the bank. This discombobulation lasted until the year 2000 when Frank and Anne Cabot purchased the property and put more than 3 million dollars into the restoration of the buildings, gardens, and orchards.

Los Luceros was purchased by the state in 2008 and for 11 years was a property owned and cared for but not open to the public beyond booked private events. In 2019 it finally became a State Historic Site when Governor Michelle Lujan Grisham signed the legislation into law and the first people were hired to open Los Luceros to the public. I am one of those people, although I was hired in 2020.

The pandemic has certainly made the site harder to enjoy but we will be open again. In the mean time I have compiled documents, photos, and histories of the site. I will share them with the public when we reopen and here on this blog as well. Last year we were awarded the Saving America’s Treasures Grant from the National Park Service. This grant can only be awarded once and must be used for historic preservation.

Through the lens of the Saving America’s Treasures Grant from the National Park Service I will be sharing the history that we uncover. The grant and project cover the restoration and conservation of the Casa Grande and the garage next to it. Plans include replacing plaster, repairing the garage roof, improving the garage’s foundation, replacing the flooring in the garage, restoration of historic decorative doors, repairing the balcony on the second floor of the Hacienda for visitation, and fixing places where rodents have gained entry into the house. The project will take a year and will utilize local contractors for most of the work.

The first project that we are undertaking is the restoration of the decorative historic doors which hang on the east wall of the garage. Conservator Rae Beaubien will be looking at, investigating the history of, and restoring these doors. My next post will detail Rae’s first impressions of the doors. What she finds most intriguing about them and what she thinks she will be doing restoration wise. The doors are pictured below. 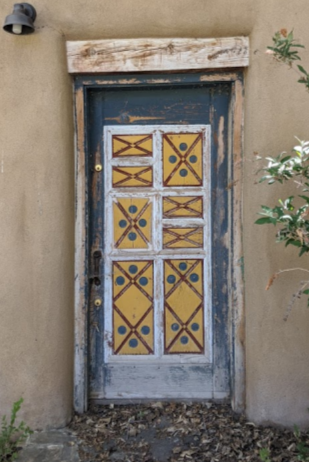 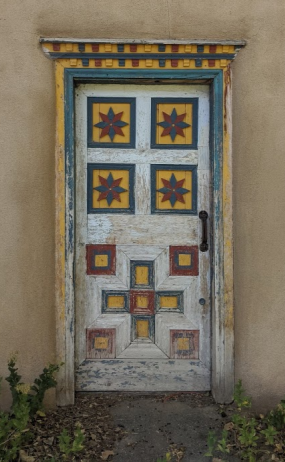 Carved Wooden Folkart Doors on the Storehouse at Los Luceros

Originally published on February 7, 2021 as part of the Adobe Speaks series.